The bicycle land speed records are not broken often as there is so much that needs to go right to have a chance at a successful attempt. Not only that but the bar is set very high, particularly since John Howard, 3 time Olympian set the 152mph record in 1985. In three centuries, less than a dozen people have set a world speed record on a bicycle.

This record was eventually broken by Fred Rompleberg who achieved 167 mph. The aim this year was for Denise to attempt to break John Howards 1985 record and therefore achieve a speed record for Women.  This is to be followed up by an attempt on the overall record in the future on a longer track.

Denise Mueller is an accomplished bicycle and motosports racer, the current National Criterium Champion, and a 15-time National Champion, as well as a mother of three. Her coach, John Howard, set the men’s speed record 30 years ago.

The bicycle land speed records are set when the cyclist drafts behind a motor vehicle to minimize wind resistance. The vehicle is usually modified primarily by adding fairings to keep the wind off the cyclist who is behind it. 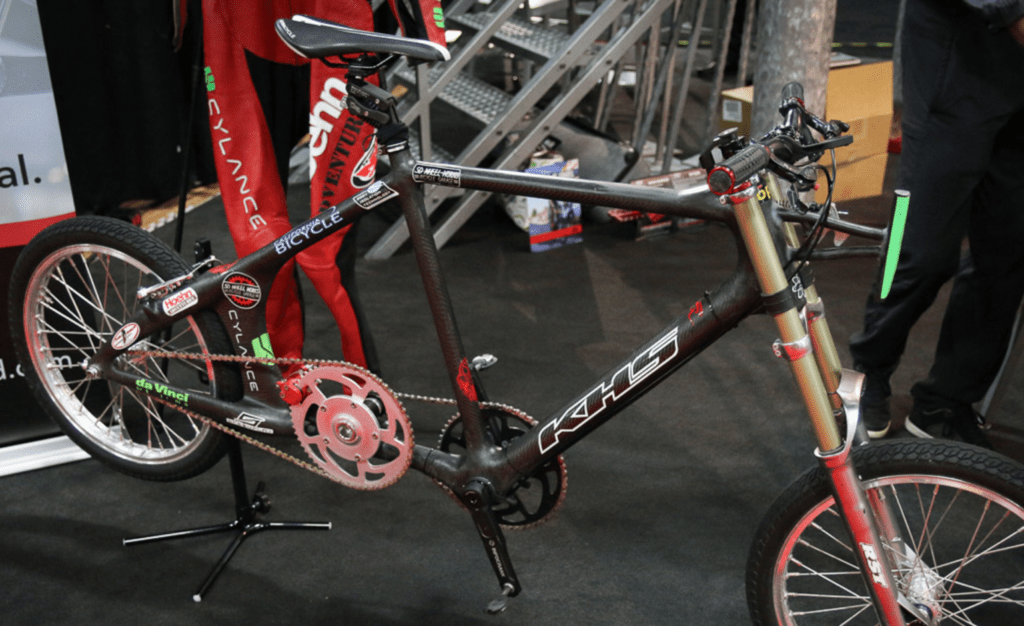 Verve was asked to assist in measuring power not only in the actual runs, but also in  the lead up training.  Whilst it was a simple matter to supply InfoCranks for Denise’s road bike, it was an entirely different situation for the Record Bike.

Project Speed used a standard InfoCrank M30 Power meter which has a 30mm diameter alloy spindle with a compact 110 BCD spider. The bike was provided with a standard threaded bottom bracket shell which made it simple to install the standard BSA M30 Bottom Bracket.

However, as visible in the photo above, the chainring on the InfoCrank is actually on the left hand side of the bike to provide for the double gearing mechanism needed to achieve such high speeds.

This required some modifications, which ultimately were achieved in good time.

The power meter firmware which reads 256 torque messages per second only needed re-calibration to be able to read “backwards”.  This was done with a firmware upgrade and was the simplest part of the procedure.  Three power meters were recalibrated to ensure redundancy and fresh power meters for the record runs.

Also InfoCrank’s bottom bracket incorporates a sleeve on the non-drive bearing that reduces its diameter to 28mm, preventing reverse installation of the cranks.

To facilitate reverse installation of cranks, the bearings were replaced and the sleeve moved to the other side. Low friction Hybrid Steel-Ceramic bearings were used.

The pedal threads were not modified. Project Speed had a solution to the pedals operating on the opposite side of the bike without loosening.

Many other suppliers provided state of the art material to make this record attempt successful. We can be quite sure that the data recorded during the training, the racing and the 20 test and record runs will be put to good use to achieve a Land Speed Record in the next season.

The Engineering Team at Verve Cycling and all the staff congratulate Denise, her coach John, pace car driver, Shea Holbrook and the whole team on a job well done. We are looking forward to next year.