What do you really want from your cycling power meter? If you’re like us at Verve Cycling then you want truly accurate data alongside ease of use.

Easy to use and capable of true and precise measurement like no other, the InfoCrank cycling power meter delivers virtually error-free dual-leg power data on demand. The InfoCrank always accurately tracks your cycling performance due to the ingenious bringing together of a bespoke crank arm and perfectly placed strain gauges to isolate the tangential force within the crank.

Put simply the InfoCrank actually measures what should be measured to calculate power and as a result, you can be certain that your data is a product of your legs and not an algorithm, unlike all the others. With an InfoCrank there’s no need for re-zeroing, recalibration or compensation.

Whether you ride a road bike, a track bike or compete in triathlons, we have the best cycling power meter for you.

You need a power meter for your bike that works every day, no matter where the adventure may take you. InfoCrank is IPX7 rated, meaning you could ride it submerged in a stream without any water ingress issues. You’ll get a perfect stream of data in all sorts of crazy conditions.

Temperature affects strain gauges and messes with the readings. Other spider, hub or crank based power meters use algorithms to compensate for these errors. But InfoCrank was built specifically to eliminate problems without relying on complex calculations. Every data point from InfoCrank is completely accurate and true, making it the best power meter for a road bike.

Cycling pushes us to our limits, and we need our tools to go the distance with us. InfoCrank has all its electronics protected inside a high grade alloy crankset, making training with a power meter a breeze. What’s different about InfoCrank? It just works, every time. It means you can use InfoCrank on road , time trial , triathlon, gravel or mountain bikes.

InfoCrank is the most accurate cycling watt meter. But you’ve heard that from every other bicycle power meter on the market, right? +/- 1% or +/- 2% doesn’t sound like a lot, but it’s a bit deeper than that. Unlike any other power meter, we have proven our accuracy through external certification to validate our claims. And, because InfoCrank doesn’t drift, it’s always as accurate as promised.

Accuracy claims don’t usually take into consideration drift over time when cycle training with a power meter. Drift is when the power meter data is inaccurate due to temperature changes affecting the strain gauges. It can happen in one day, or over the course of a week or month. Power meters usually resolve this issue by re-zeroing before a ride, but that just indicates that the accuracy of your last ride had drifted. It was no longer accurate as claimed. InfoCrank cycling power meters resolve drift by design and require no regular re-zeroing to keep the data accurate.

Power meter cycling training will be seamless with an InfoCrank. In fact, there is no difference between the watts measured on one set of InfoCranks and another*. If you switch the InfoCrank between bikes, or you have one on each bike, the watts measured on both are the same watts. Accurate for the whole ride, every day.

* Lab tests during production have shown that each bike crankset is within 0.5% on average.

You ride with two legs, so measure both!

With InfoCrank, you can now measure directly at the source where you apply torque to the cranks. Riders like Robbie McEwen could only have wished for dual sided cycling power meters for sale in their day, but we aren’t all Green Jersey winners, so why should we care about Left and Right?

We believe in measuring direct Left and Right because power is the key metric to improving your cycling. When cycling with a power meter that is accurate, you get more of the right data so that you can solve imbalances and make real gains.

InfoCrank is loved by the pros and Institutes, but in reality it was designed for cyclists like yourself who want to improve their cycling performance. We often hear that InfoCrank works so well, day in day out, that cyclists forget it’s on their bike.

InfoCrank is a highly complex scientific unit, but we made sure it was a super easy install, setup and beautiful to ride. From start to finish of your ride, an InfoCrank bike power meter records true Left and Right power balance, Pedal Smoothness, Torque Effectiveness and Cadence – all without skipping a beat. 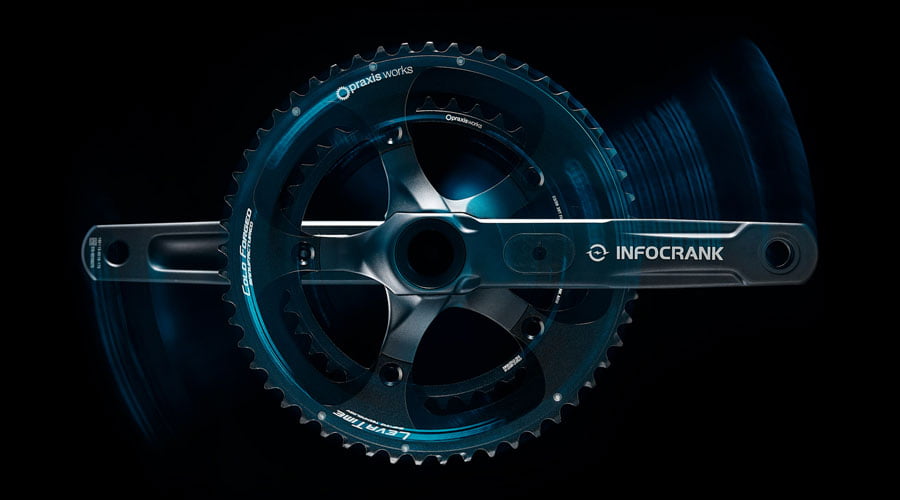 Verve Cycling manufactures InfoCrank to the high standard required of a precision instrument.

It’s precision engineered and exhaustively tested to ensure that it’s accurate, reliable and stable.  By controlling the entire manufacturing processes, we set a standard of accuracy that’s not possible by adding a power meter to an existing crankset.

The crank is made by top-quality, conventional 2D cold forging. The pockets are machined to a precision of 5-100ths of a millimetre (0.05 mm).

The strain gauges are bonded into symmetrical pockets in the inner and outer faces of the crank. Variations between left and right cranks in a pair, or from pair to pair, are minimal, amounting in no case to greater than a 1 watt difference as manufactured – eliminated in any case by factory calibration.

Our focus in manufacturing the InfoCrank is on accurate assembly of mechanical and electronic components into a precision load cell capable of reliable and stable performance even in a hostile operating environment.

Why is InfoCrank a precision instrument? Because each crank, right and left, is designed expressly around a strain-gauge load cell.

A load cell is a transducer that converts a force into an electrical current, and is used for measuring instruments such as lab and industrial scales.

Every Load cell is calibrated at our laboratory.  Independent certification tests on completed InfoCrank® sets have been conducted which showed <0.25% average error across all the normal riding zones. The greatest error in 100 tests was one outlier of 0.57%. No other power meter has achieved such high levels of accuracy with such consistent results.

British Cycling test each InfoCrank they buy before putting it into work on the bikes (track and road) of the Great Britain Cycling Team,  Tests on the Road InfoCranks showed amazing results.   Between zero and 464nm (equivalent to 3000w) the Road InfoCrank error was stable and well under 0.6% at every measurement.

The test result below shows the initial tests on the new Track InfoCrank.  This is the starting point from which we work to improve accuracy to the same level as the Road InfoCrank.

A strain-based load cell’s accuracy is degraded by external temperature changes—a problem for cyclists who, as all-weather athletes, expect to be able to use their equipment in all conditions.

InfoCrank overcomes these false readings by using the highest-quality strain gauges that are compensated for the thermal expansion of the aluminum crank. Additionally, the use of four strain gauges in each crankset in a full Wheatstone Bridge configuration inherently compensates for temperature, and makes the InfoCrank insensitive to temperature changes. The quality, match, and placement of the strain gauges with the alloy and the full Wheatstone Bridge configuration is the most accurate solution to temperature-corrupted readings.

InfoCrank has a sampling rate of 256/second, so with cadence of 60rpm, it’s sampling 256 times per rotation, 120rpm 128 times a rotation etc.  This continuous monitoring of the power applied to the Crank ensures the rider has highly accurate data across the entire pedal stroke.  Lesser sampling rates will miss key elements of each stroke.

Head units and beyond

The InfoCrank works with any head unit using ANT+ protocols. 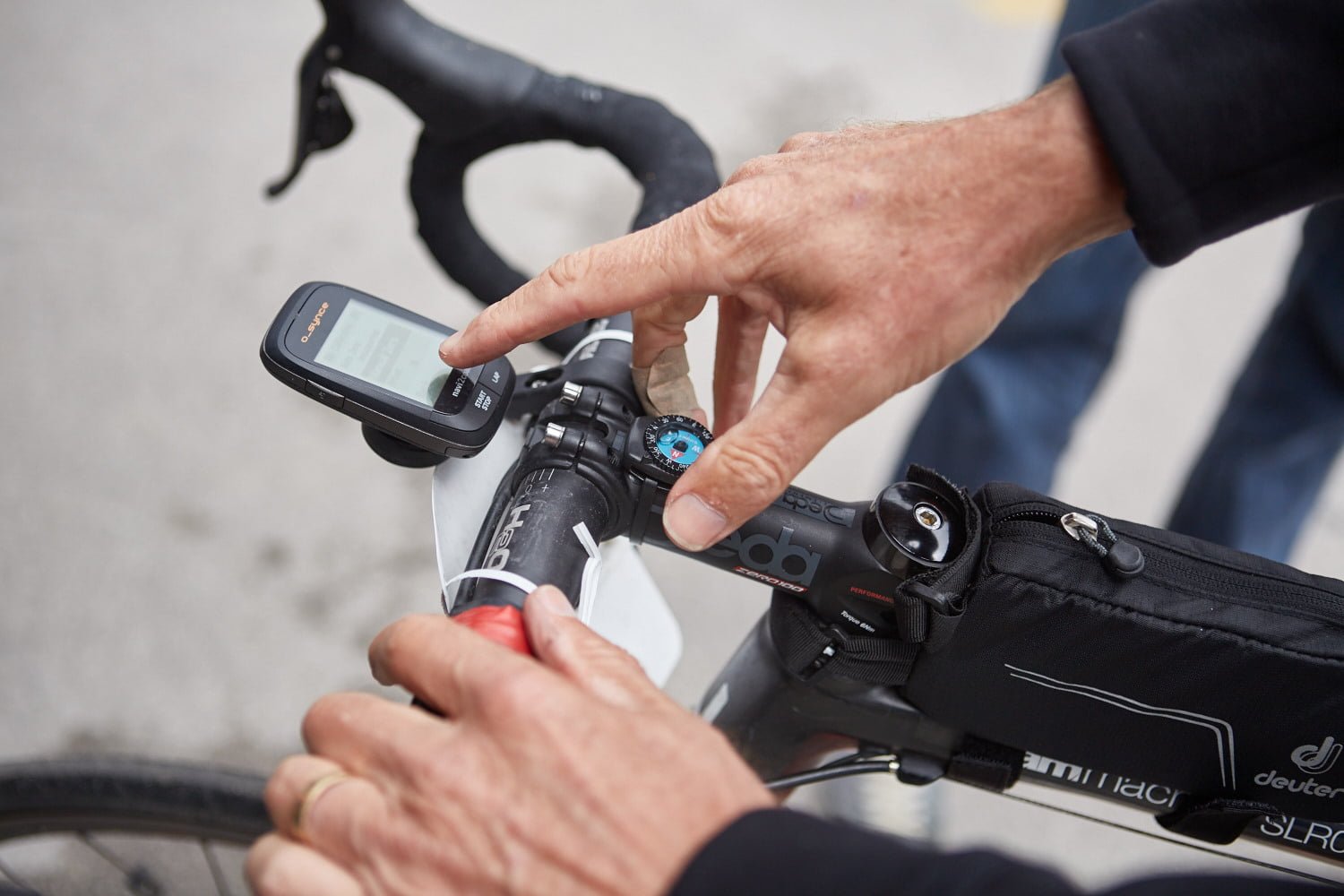 But collecting data isn’t the end. The InfoCrank accurate data can be analysed so that you get insights into your performance and make positive changes to how you ride to improve performance and the fun. Go to our Power Analysis page to help you get the most from your InfoCrank data.

InfoCrank is the most accurate cycling watt meter. But you’ve heard that from every other bicycle power meter on the market, right? Plus or minus 1% or 2% doesn’t sound like a lot, but it’s a bit deeper than that. Unlike any other power meter, we have proven our accuracy through external certification to validate our claims. And, because InfoCrank doesn’t drift, it’s always as accurate as promised. 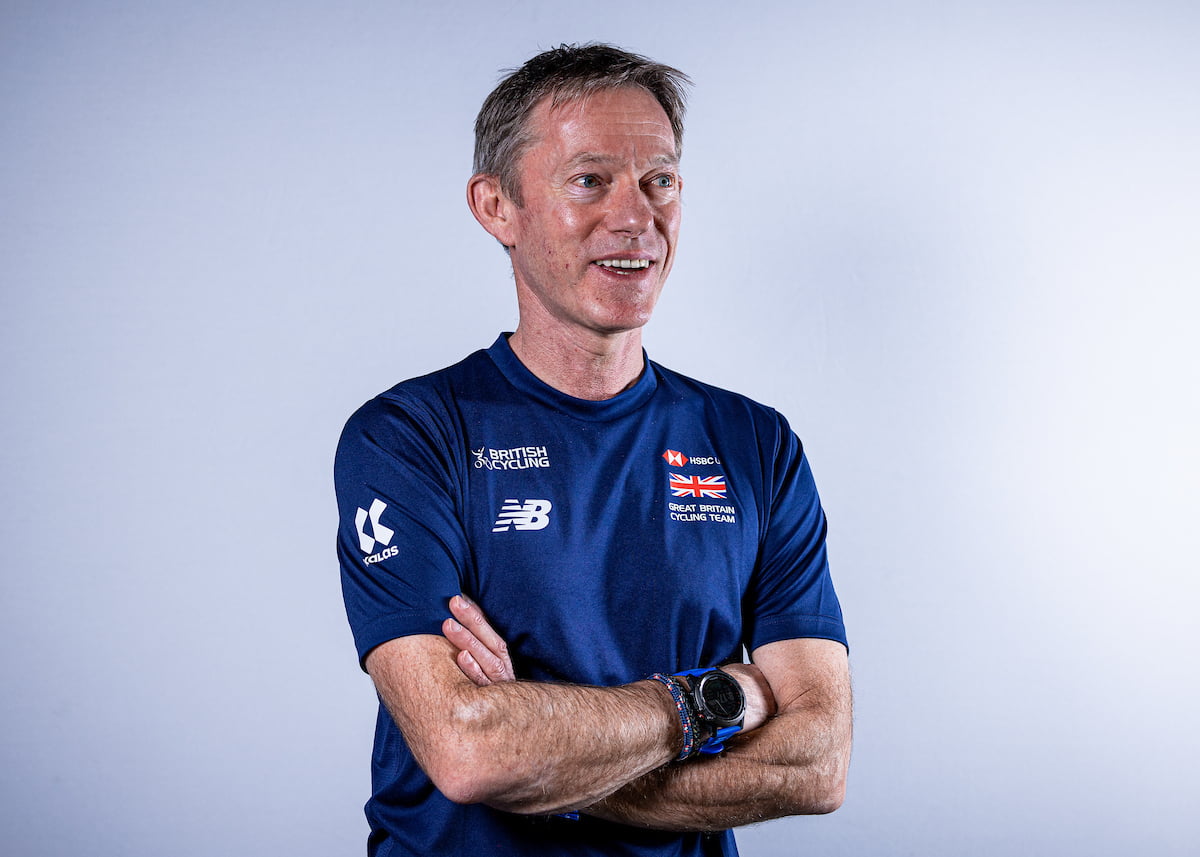 “Data is a crucial piece in the jigsaw when it comes to the overall performance of our riders, and Verve Cycling are the leaders in this area.

“We have enjoyed a fruitful relationship since 2015 and look forward to continue to innovate for the next four years, into the Paris 2024 Olympic and Paralympic Cycle.”