British Cycling are the owners of more InfoCranks than any other globally and they test each of their cranks for calibration (accuracy) before they go into service.

British Cycling has tested the InfoCrank to confirm its accuracy, with the results surprising even some of the best cycling experts in the world.

At Verve Cycling, we’re often asked what it is exactly that sets the InfoCrank apart from most other power meters. This isn’t a simple question to answer, as there are many more basic ideas that need to be understood before the question can be formulated correctly, however we can go some way to answering this question by considering the practices of British Cycling, one of the teams supported by Verve Cycling.

British Cycling are the owners of more InfoCranks than any other globally and they test each of their cranks for calibration (accuracy) before they go into service. One of their testing protocols involves a static load step test. As the name suggests, the test involves suitably fixing an Infocrank and gradually increasing the load at the pedal axle.

As you would expect from the most successful track-cycling nation of the last 15 years, they have performed this test on different power meters. However, we can only describe the results seen on an InfoCrank, which are concisely depicted by the graph below (showing time in seconds on the x axis and power in watts on the y axis). 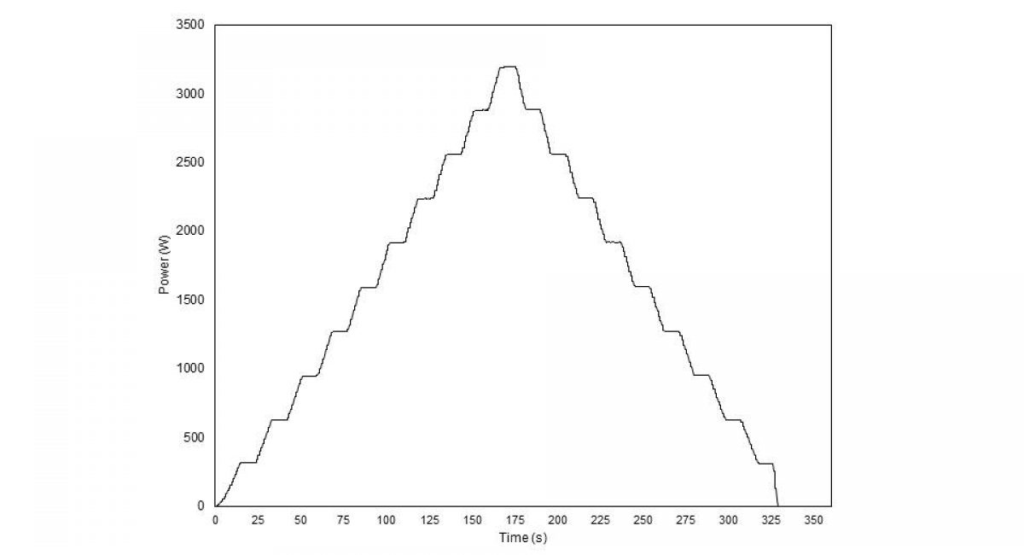 Two things stand out in the tests of InfoCrank compared to the best of the others:

Point 1) above is a well-known feature of the InfoCrank. This consistency is because the Infocrank is designed to track reality via design, as opposed to approximating reality via an algorithm, which is the territory of most other power meters. With the InfoCrank, we have seen errors as low as 0.35% compared to true across the entire spectrum of potential uses. It is also something that we work very hard to maintain on each new variation of InfoCrank.

We also ensure that this error does not deviate due to external forces and so there is no ongoing need to correct design inadequacies by a need for continual ‘zeroing’ – we can say with confidence then that all InfoCranks report virtually the same numbers for the same force.

For some further visual representations that help understand the above please see the below graphs, provided to Verve Cycling by the British Cycling Research and Development team, to demonstrate actual InfoCrank tests compared to true and compared also to other InfoCranks!

What we can see is that when a given load is applied, the InfoCrank actually produces a value which represents that load to within an extremely small margin of error.

Table 1. Data from two InfoCranks tested on the British Cycling rig across a range of powers

Point 2 above was surprising to the Research and Development team at British Cycling when they first observed it. They were used to testing other power devices which took a large percentage of the time (seconds) to stabilise in reaction to the load applied. What they noticed with the InfoCrank was that it stabilised instantly on each load step. This means each data point (every four milliseconds) is accurate and able to be read and reported!

Many power meter users would either quite reasonably expect reality to be tracked moment-to-moment in the case of every power meter (it absolutely is not!), or never think to consider it. Clearly such issues with stabilisation described above will have a massive impact on the quality of the data your power meter provides – if your power meter cannot report values immediately in a static load test imagine how it performs when trying to report values in a pedalling environment. The below graph with comments shows visually how quickly the InfoCrank stabilises throughout a static load test.

Figure 2. Power during a static load step test with a simulated torque of 60 rpm. Showing low latency in response to changes in load throughout the test (circle). 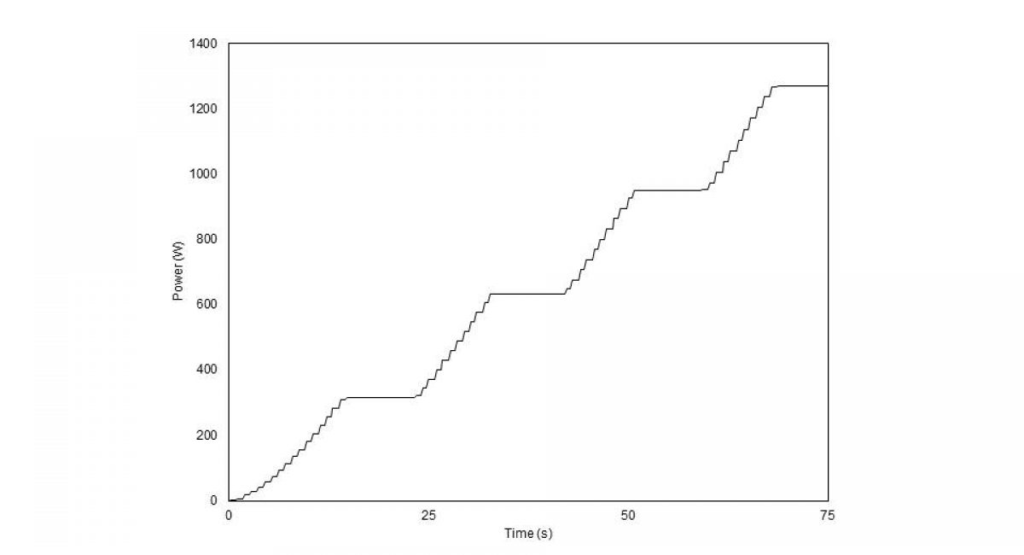 British Cycling comments: There is virtually zero overshoot or undershoot as each load step plateau is reached. This gives us confidence in capturing instantaneous power during training and events.

So, to answer the initial question – what is it exactly that sets the Infocrank apart from most other powermeters? – we should now be able to see a couple of things. Firstly, it measures what it is designed to measure, and it does this consistently, unlike many other power meters that use algorithms.

And secondly, it is able to track reality at a very high frequency, such that when you look at your head-unit you are actually seeing what is happening now, as opposed to 3 seconds ago, or worse still some confusion of what is happening now with what happened 3 seconds ago.  Time and again, InfoCrank shows itself as simply the most accurate and repeatable power meter available today.