James Golding: The man who refused to die

It’s the world’s toughest bike race – so it will be quite a challenge for James Golding, endurance cyclist and world record holder, to become the first British athlete to win the Race Across America (RAAM).

But incredible challenges are no new thing for James. Having overcome cancer twice and an extreme road accident, he’s hoping that same level of determination will see him through 3,000 miles of sleep deprivation and high temperatures in one of the hardest cycling races in the world.

Our latest webinar series will follow James’ training and progress as he prepares for the event in June 2022.

When James was first diagnosed with cancer in 2009, he was given less than a 5% chance of survival. An 11.5cm tumour was wedged between his spine, kidney and bowel and due to complications, James also developed septicaemia peritonise. He dropped from 196lbs to 84lbs. After being kept in a coma he had to entirely rebuild himself, including learning how to walk again.

A year after being diagnosed, James decided he would cycle across the United States (Los Angeles to Miami, 3,500 miles in 34 days) to raise money for the people that supported him and his family through this time. All was going well until day 22 of the ride. Just outside of New Orleans, James was hit by a truck travelling at 70mph, putting him back in hospital. The ride was over.

Not being one to give up, in January 2011, James returned to the US and started the ride again from Los Angeles, cycling 3,473 miles in 24 days (with no rest days) and finishing in Miami.

Later that year, James and his wife Louise continued to experience a rollercoaster of emotions, with both good and bad news about their health. Louise found out she was pregnant – something the couple had been told was impossible. Almost simultaneously, James found out that his cancer had returned.

Following surgery and further bouts of chemotherapy and radiotherapy, James was given the all-clear and subsequently became a father for the first time.

In the ten years since that first cancer diagnosis, James has competed in 21 multi-day events and become the first British person to hold the Guinness World Record for the greatest distance cycled in seven days – an astonishing 2,842.4km.

With his sights firmly set on winning RAAM next June, James intends to add to the £3 million he has already raised for charity. 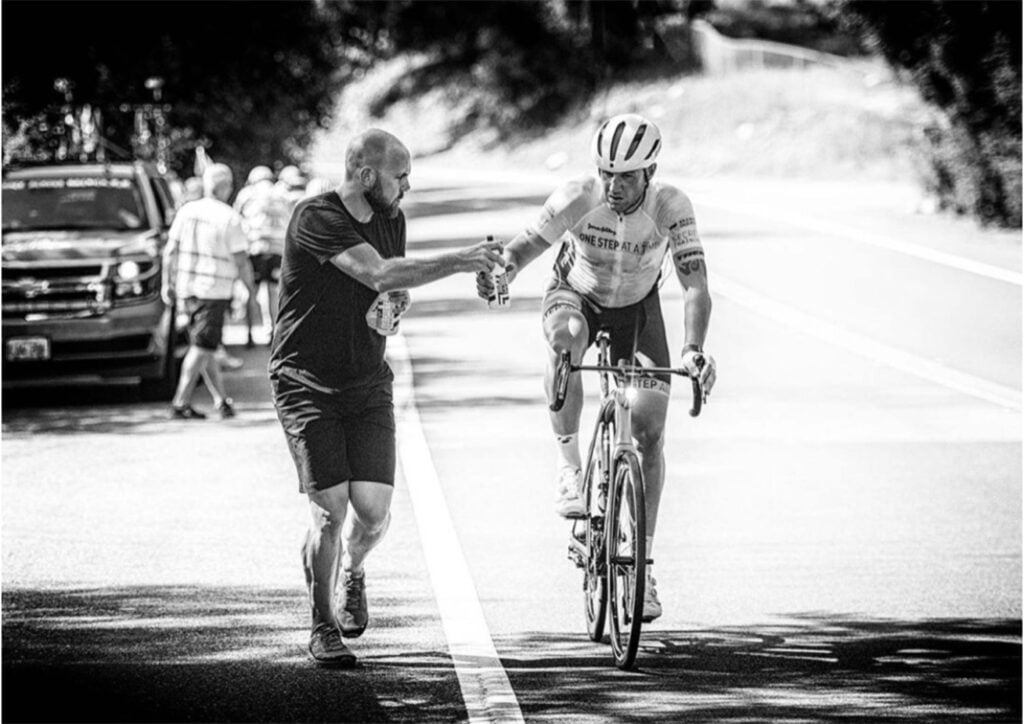 For 36 years, RAAM has been challenging ultra-cyclists from around the globe to push their physical and mental limits to the extreme. Covering 3,000 miles from the west coast to the east coast of the US, the RAAM has no official stages.

Riders and off-bike teams must therefore judge exactly how much ground to cover daily. With no designated periods for fuelling, rest and sleep, half of the challenge is down to the rider’s crew to plan the most efficient and effective schedule for those racing.

Participants need to complete the ride in under 12 days. James is aiming to complete it within nine days. That involves riding in the region of 22 hours a day and getting one or two hours of sleep a night.

While James may be a late-comer to cycling, he is now well-versed in training for and competing in ultra-endurance events. He has discovered an innate ‘diesel engine’ and talent for endurance riding, including the ability to retain an impressively low heart rate for a long period of time, which gives James a real chance of coming home from RAAM the front runner.

James’s ability to produce power over long periods of time comes down to a unique ability to burn fats and stay aerobic with a low heart rate, despite sustained speeds of 30 kph for 15+ hour days. By working with InfoCrank in his preparations for RAAM, James will benefit from in-depth analysis of his pedal turn and torque balance over both legs, for sustained periods of time. Data collected over the duration of RAAM will also provide ground-breaking research.

Our new webinar series will follow James and his preparations for the RAAM over the coming months, with the first session introducing James and his story.