Matthew Connan: My week in training 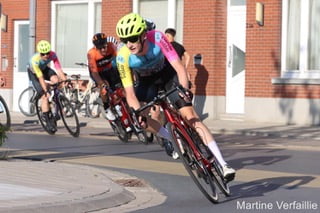 A member of one of Western Australia’s top cycling teams since 2015, Matthew Connan regularly competes for the Cycling Development Foundation at state and national level.

The Perth-based rider recently headed to Belgium for his maiden European races and talked us through his week on the bike.

Tuesday – Low intensity volume
This was my second day in Europe so I was still adjusting to the time zone changes and recovering from spending 24 hours at altitude on the flight over. These low intensity volume sessions can often be quite monotonous but it’s usually just a nice opportunity to enjoy a quiet couple of hours alone. I covered 56km, averaging 160 watts.

Wednesday – Low intensity volume
A similar day today – once again, this was all about building some more volume prior to our big racing block in Belgium. I find that these days can be difficult when it comes to sticking to the 150bpm limit, but the science tells us low intensity is the way to go if you’re looking for big benefits to your resistance to fatigue. I rode for 59km, averaging 145 watts.

Thursday – Low intensity volume with short activations
A slightly easier day before our first race on Friday. This one was a nice casual ride with the men’s and women’s teams. Around an hour in, we completed a couple of 2-3 minute efforts to get the legs and heart ready for Friday’s exploits. We topped this ride off with a bit of a yarn and some banter at the local coffee shop after 41km in the saddle, averaging 125 watts.

Friday – Belsele-Waas 1.12B Kermesse
For all the members of our men’s team, this was our first race experience in Europe. The race was 98km on a fairly technical but fast circuit. I survived 12/14 laps which I was pretty pleased with all things considered. We had one finisher on our team and the rest were able to ride most of the race before they were popped. This day included the ride to and from the race, totalling at 5h for the day and 185km.

Saturday – Marke 1.12B Criterium
Another race day! The 33-lap, 72km criterium was a pretty tough one. This was the dodgiest circuit any of us had ever ridden on! It’s pretty wild the type of roads the Belgians are happy to race on! We rode out to the race as a group, then had a quick bike to eat before it all began. It was only around a 25-minute endeavour for me as I was caught out by poor positioning and was forced to watch my teammates tear it up from the sidelines after a 72km day.

Sunday – Recovery day
After back-to-back races, today was all about low intensity training and keeping that heartrate below 150bpm. Obviously after two race days, a recovery day is certainly needed. This was all about soaking in the recovery and enjoying the beautiful Belgian roads at our doorstep. This was again another team ride which was spent gasbagging as usual. Our team get along splendidly! We rode for 44km, averaging 123 watts.

Monday – Kester 1.12A Kermesse
This is the hilliest race of our campaign with 1300m of climbing in 125km around an 8.5km circuit. There was incredibly strong competition at this race. I managed to make the early break at this one and hung on to finish 28th on the day. This was my first race finish of the campaign and I spent 200km in the saddle. 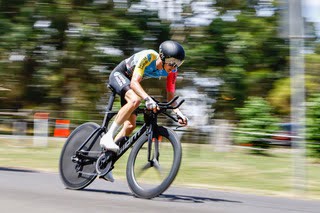 What’s your favourite thing about training?
I love seeing myself improve and I really enjoy being out and about among nature. I often like to throw on some tunes or a podcast and just watch the hours fly by.

What has been your most challenging training session?
The hardest training session I’ve done recently was a session of “Under/Overs”. I was instructed to do 4x20min efforts where I’d ride one minute at maximal then one minute at approximately 250 watts, repeated for the duration of each effort with 15 minutes of recovery. At the end of the ride which was around the four hour mark, I also completed 6x20sec maximal sprints with three minutes recovery between each effort.

What’s the best piece of training advice you’ve ever been given?
There are simply no shortcuts. There will be far more failure than success in your career and you won’t always want to train but it’s how you deal with these shortcomings that define your character and it’s what will take you to the big stage further down the line.

What would you say is the biggest training mistake you’ve made?
When it comes to programming my training sessions, I can become extremely injury prone when I change my training volume or intensity too drastically within a short period of time. I’ve dealt with several injuries related to this over the years which resulted in attending some key events relatively under-trained.

What do you use your InfoCrank power meter for and what difference does it make to your training?
I use my InfoCrank every day, on every ride I do. Power is an incredibly useful metric for tracking training progress and ensuring I’m meeting all my targets during my training sessions. Without my InfoCrank power meter, I certainly wouldn’t be able to train with the precision I do and it would be increasingly difficult to target and improve on my weaknesses on the bike.